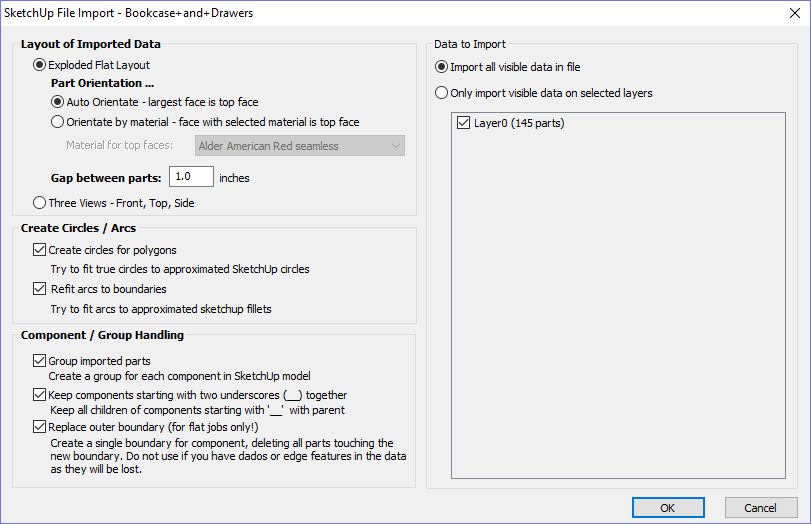 SketchUp files with a .SKP extension (see www.sketchup.com) can be imported as 2D data suitable for machining into a VCarve Desktop job using the File ► Import Vectors... command from the menu bar or the import vectors icon on the Drawing tab. To import data from a SketchUp file you must already have created or opened a job to import the data into. 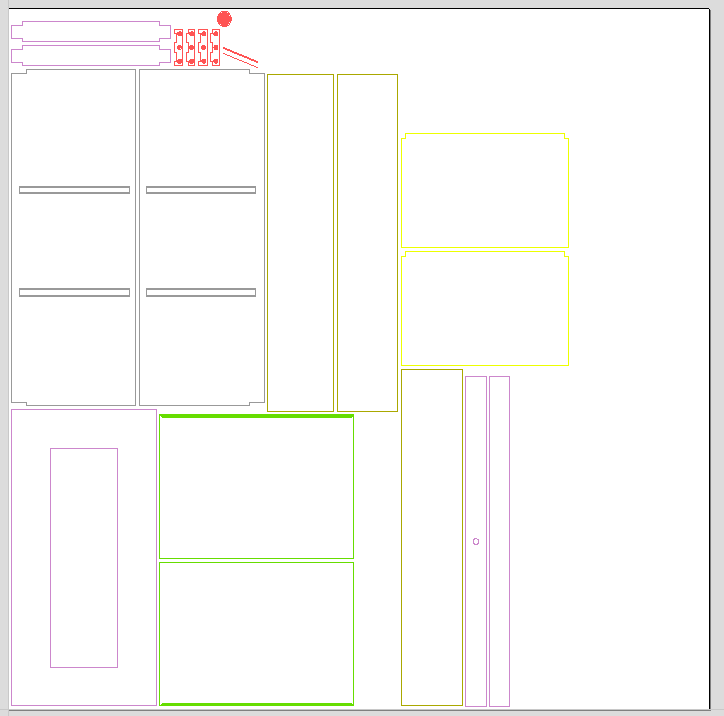 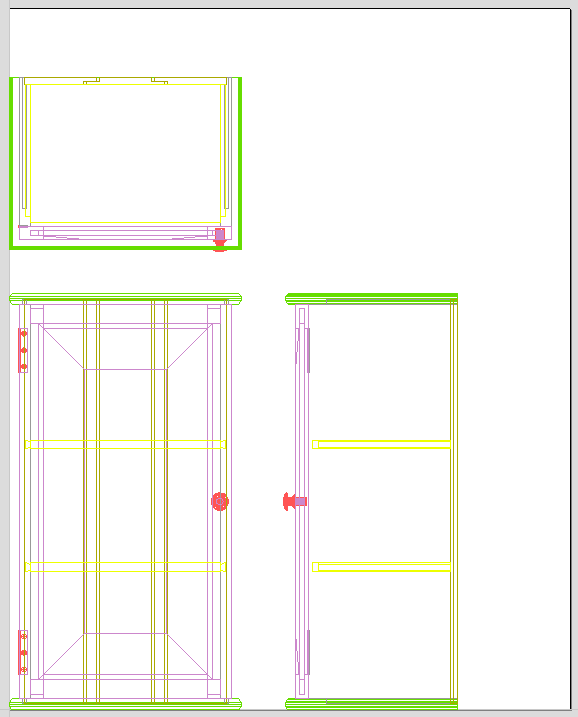 This field lets the user specify the gap between parts when they are first imported. After importing, the nesting functions within VCarve Desktopcan be used to layout the parts with more control and across multiple sheets

SketchUp does not maintain true arc or circle information for the boundaries of its parts. This is a problem when it comes to machining as the 'polygonal' SketchUp representation can give very poor machining results. For this reason, VCarve Desktop offers the option to refit circles and arcs to imported data. 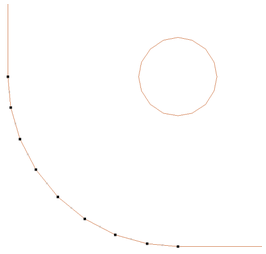 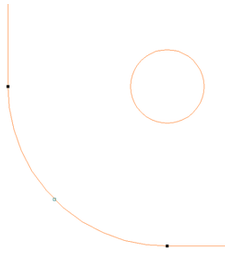 A SketchUp model will often contain parts that you do not wish to machine (such as hinges, knobs etc.) or data which will be cut from different thicknesses of material and hence different parts need to be imported into different VCarve Desktop jobs. To allow control over what is imported you can choose to only import parts of the model which are on particular layers using this section of the dialog.

It is very easy to assign different parts of the model to different layers within SketchUp to help with the import process into VCarve Desktop. The screenshot below shows the result of only importing data on the 'Door' layer from the example. 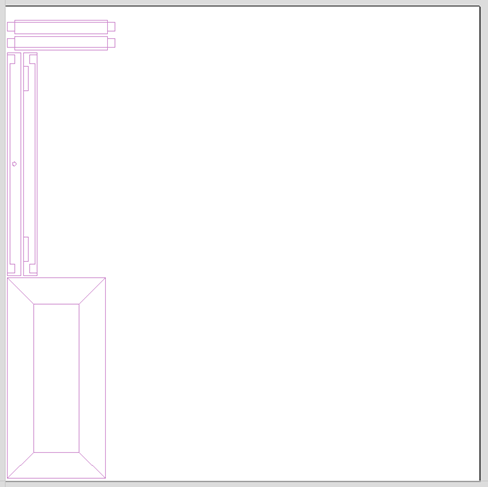 This option is normally selected for all but the simplest models as it allows each 'part' of the model to be selected, moved and nested easily after import. You will need to ungroup the imported data after nesting etc. to allow individual features to be machined. By default, VCarve Desktop will treat each SketchUp group / component as a single part UNLESS it contains other groups or components within it, in which case each lowest level group / component will be treated as a separate part.

If you have a complex model which contain 'parts' which are made up of other groups / components, you will need to do some work on your model to identify these parts for VCarve Desktop. The way this is done is by setting the name of the groups / components that you wish to be treated as a single part to start with__ (two underscore characters). For example, if you had a model of a car and you wanted the wheels / tires / hub nuts to be treated as a single part even though the Tire, Wheel and other parts were separate components, you would group the parts together and name them something like __WheelAssembly in SketchUp. When this model was imported, and VCarve Desktop reached the group/component with a name starting with __ it would treat all subsequent child objects of that object as being the same part.

Although when can treat this as a single 'part' when imported by starting its name with __ (two underscores), the imported part is still going to be difficult to machine. The screenshot below shows the part imported into VCarve Desktop without the 'Replace outer boundary' option checked ✓. The part in the image has been ungrouped and the central vector selected.